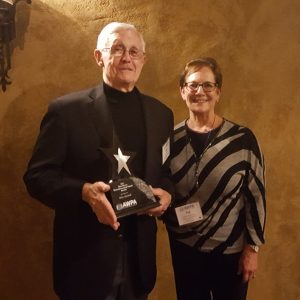 Stan Fossick has been responsible for developing a customer base as his young company grew. He worked long hours and even ran wiredrawing machines himself, to meet customer’s delivery schedules. When he wasn’t in the office managing the company material requirements, he would be a tireless road warrior traveling the entire southeastern United States searching for new customers. He is a master at building relationships with his customers, which turn into longtime friendships.

As the company grew and developed, and as markets changed for various reasons, Stan was always ready to adapt and had the “whatever it takes” attitude. Early on, he developed a strong alliance with the automotive customer base and created “just in time” inventory and delivery systems to meet the customer’s needs. He was doing “just-in-time” before Mr. Deming was teaching the popular concept. Stan Fossick has always lived by the old school creed of “your word is your bond”. Many times in customer meetings, no matter who was explaining the market conditions and outlook, inevitably the customer would turn to him, respecting his commentary and thoughts on the subject.

Stan is one of Nashville’s most loyal and longtime volunteer civil servants. He has served on the Metro Nashville Parks Board, often as the Chairman, which is considered one of the best run and premiere parks systems in the country, for over 25 years under 4 different mayors. He has served as foreman of the Davidson County Grand jury for over 25 years, having been appointed by 6 different judges. He makes a point to educate his jurors on the entire justice system and many times individuals who dreaded having to serve, leave their jury assignment saying they were glad they did under his direction. His trusted leadership in the jury room is legendary in Nashville.